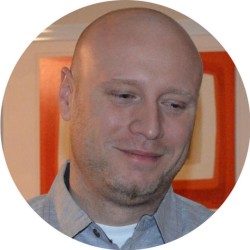 Late last year I was browsing the internet late at night and came across a site selling banknotes. I started looking through them and I was fascinated. Looking at all of the different notes around the world was pretty interesting.

Some of them were pretty low tech as far as how they were designed, while others are a lot more hi-tech than the US notes I am used to.

Like this polymer Romanian note from 1999. It has a ton of security features, including a clear panel where you can see the wood grain of my desk. Seeing the American notes from the late 90’s, well even the ones today, I realized that our money is kind of behind the times. The US dollar has pretty much looked the same all of my life.

I kind of dig these ever changing notes from different countries, but that does add a bit of cost in collecting, when a country issues a new design.

Hard to get notes

If you noticed the note in the top of the post, that was one that was a little harder to get. Its a North Korean Won. The embargoes we have with DPRK make it difficult to currency from there. That compounded with I don’t think people actually leave there.

Or like the Rial above featuring Ayatollah Khomeini from Iran. Since the US does not trade with Iran, they are increasingly harder to get. Not like super rare, but no where near the conversion rate either.

I have a funny story about getting them actually. I ordered the won, the rial, some syrian dollars, and a few other banknotes one night in a drunken shopping spree. The federal government placed a hold and an investigation on my order. I actually got an email about it. It took around 3 days, but my account and that specific transaction were frozen. It was more annoying than anything, but I guess it is something to watch out for.

There is just something fascinating about all of this to me. I remember Libya from Back to the Future, now I own Libyian Dinar with Gaddafi on them before the US deposed him.

To me it is like owning a bit of history. So far I have around 800 or so different notes, with plans on buying more. The conversion value of them is low, but to me the art value of them is high.

« Starting Growing Medicare for All »
comments powered by Disqus